The partnership behind TREQA™ began in 2006 in the vast, untouched wilderness of the Yukon, where a mutual love of the outdoors and a desire to “take the road less travelled” led co-founders Patrick Grillo and Yvan Nolet to team up and compete in the Yukon River Quest – The World’s longest annual canoe & kayak race.

Paddlers come from around the world to test their endurance, racing day and night in a 715 km long stretch from Whitehorse to Dawson City, to the Klondike.

“Neither one of us had even sat in a kayak before we decided to do the race, but we weren’t going to let that stop us. We took a six hour course at the YMCA and off we went.” – Yvan

The conditions were difficult with non-stop rain and hypothermic temperatures, but Patrick and Yvan persevered to finish the race.

“We barely knew each other before going to the Yukon, but we quickly discovered that we had a lot in common and we made a great team. We could go for miles without speaking a single word to each other – we just knew what each other was thinking so we could focus on what needed to be done without a lot of discussion.” – Patrick

After returning from the Yukon, Patrick and Yvan decided their next challenge would be to “climb something” and in 2008 they travelled to Nepal on a Peak Freaks expedition to climb Mt. Pumori (Everest’s Daughter).


“We really wanted to challenge ourselves and we wanted to do it in a part of the world we had never seen before, so Nepal was the obvious choice. The combination of hiking and climbing in one of the world’s most breathtaking and awe inspiring places was a no brainer.” – Patrick 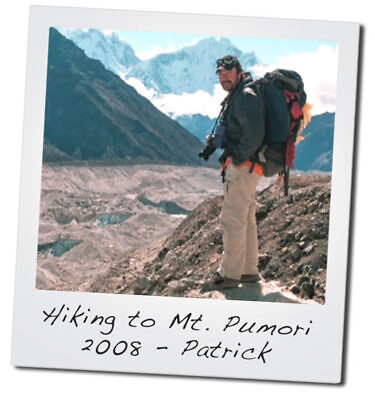 Mt Pumori is located on the Nepal-Tibet border in the Mahalangur section of the Himalayas, just eight kilometres west of Mount Everest.

The expedition began in Kathmandu where Patrick and Yvan first encountered the local Nepalese manufacturers they would eventually work with to create the TREQA™ line of outdoor apparel.

“Our guide recommended a local manufacturer of apparel and the prices were too good to pass up. We picked up a couple of insulated rain jackets, Yvan bought a windbreaker, and I bought a soft shell jacket. The stuff was so good that we ended up wearing it for the entire expedition.” – Patrick

A treacherous flight from Kathmandu to Lukla (the most dangerous airport on earth) was followed by a seven-day hike to the mountain.

Along the way, the expedition stopped at several tea houses for food and accommodation and Patrick and Yvan fell in love with the Nepali people. 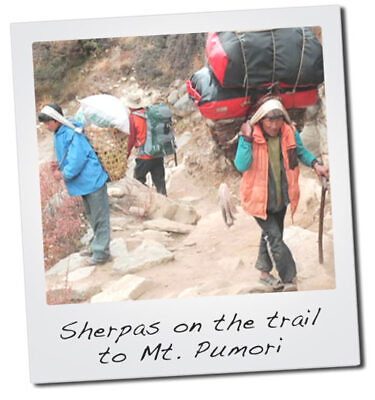 “They are the most amazing people I have ever met. They live hard, humble lives in this really challenging place, and yet we have never experienced the kind of hospitality that they showed us anywhere else, ever.”

The climb up Mt. Pumori was a test of physical and mental endurance with extreme temperatures, a demanding ascent, and the occasional avalanche, but the experience was life-changing for Patrick and Yvan.

“The view during our climb was amazing and what you would see in the sky at night is indescribable. I found it incredibly peaceful on the mountain.” – Yvan

After their climb, the expedition hiked back to Lukla where bad weather kept them grounded indefinitely.

Seeing this as an opportunity to experience more of the Himalayas, Patrick and Yvan decided to make the grueling three-day hike to Jiri and the only bus that would take them back to Kathmandu.

They would have to walk for at least twelve hours each day or they would miss the bus and their flight home.

Each night they stopped to rest they we were taken in by a local family who gave them something to eat and a place to sleep. When they reached their destination at 11pm on the last night they were greeted with the same hospitality.


“They opened their homes to us, a couple of complete strangers, at 11 o’clock at night. They had to wake up, start a fire, and start cooking for us so we would have something to eat. Where else in the world would that happen?” – Patrick 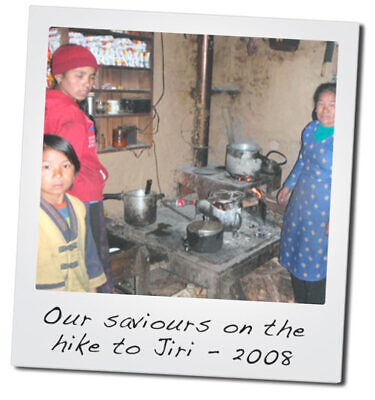 Patrick and Yvan could not go a step further but they were still two hours from the bus station where they needed to buy their tickets to secure a seat on the bus the next morning.

“When they told us the bus station was a two hour walk we thought we were screwed because we just couldn’t walk anymore, but these two guys offered to do it for us, no questions asked. Just incredible.” – Yvan

When they awoke at 4am, their tickets were waiting along with their change and a hot breakfast and Patrick and Yvan arrived in Kathmandu just in time to catch their flight home.

When they returned to Canada they began making plans to return to Nepal, this time to climb Everest, but the sudden shutdown of both of Yvan’s kidneys sidelined him for close to five years and put their plans on indefinite hold.

“It came from out of the blue and to this day my doctors have no idea why it happened. It was two years waiting for a transplant and then another year of recovery. I am very fortunate to have received a donor kidney from my brother and I am grateful for the care I received. It was a very difficult time for me.” – Yvan

During that time Patrick spent a lot of time outdoors hiking, fishing and canoeing with family and friends and found it impossible to find reasonably priced, quality outdoor apparel. 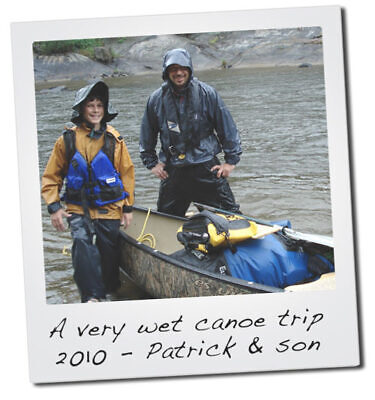 “The lower-priced apparel was junk, just terrible you’d have to spend big dollars to get into good apparel. Part of the reason higher-end brands are so expensive is because they spend tens of millions on sponsorship contracts, paying people to say their stuff is great..also some of the techie add-ons are only necessary for high altitude climbing. Only a consideration if you are climbing Everest, otherwise save your money” – Patrick

Patrick figured that people would spend a lot more time outdoors if they could be comfortable without spending a ton of money and the idea that would eventually become TREQA™ began to take shape.

After his successful transplant and recovery, Yvan was hungry to start enjoying the outdoors again and planned a canoe trip with Patrick to James Bay in Northern Ontario.

The two enjoyed being able to spend time together doing what they love most – enjoying the great outdoors. They talked about their experience in Nepal and wanting to go back and Patrick began laying out his plans for TREQA™.

“I had been thinking about TREQA™ for a while and I knew I wanted Yvan involved. He’s an amazing guy so I was hoping he’d want to do it with me.” – Patrick

Yvan was ready for a new challenge and loved the idea of a venture that would take them back to a place they both loved.


“The timing was just right for us to do this. We were both looking for a new challenge and TREQA™ would allow us to combine our love of the outdoors with our love of Nepal and the Nepali people.” – Yvan. 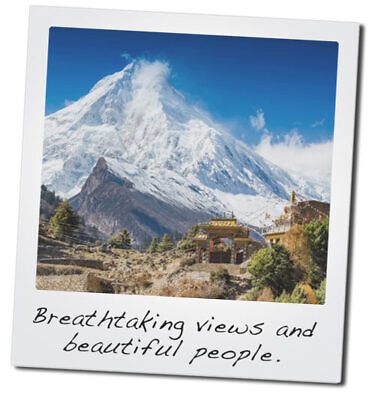 In February of 2017 they flew to Kathmandu to meet with several manufacturers to discuss their plans for TREQA™.

It was apparent from talking with the shop owners that the future prosperity of Nepal would depend on being able to access the North American market and that TREQA™ was a perfect fit.

Patrick and Yvan worked closely with a handful of the manufacturers in Nepal to design and customize several styles of jackets and pants that would fit the needs of the North American market. 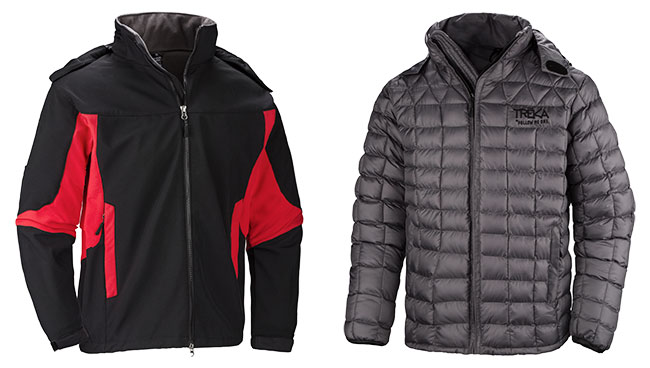 “We had a ton of experience spending time outside in all kinds of weather so we knew which features were important.” – Patrick

Details like zippers under the arms to vent heat, changing the placement of Velcro to be more functional, adding 100% waterproof material, and upgrading the construction of the garments to ensure quality and comfort were just part of the attention to detail that would make TREQA™ apparel a success.

“The goal was to keep the cost reasonable without sacrificing quality and performance.” – Yvan

The result is a line of jackets and pants for outdoor activities that are stylish, comfortable, and built to keep people warm and dry without breaking the bank. 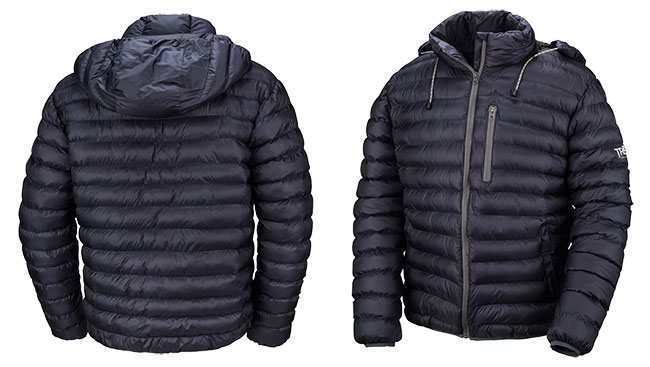 “We absolutely freaking love the outdoors and we love the people of Nepal. We saw an opportunity to work with them to create a line of outdoor apparel made in Nepal, and to bring it to North America. And if we can help these manufacturers flourish because of what we are doing that would be great.” – Patrick 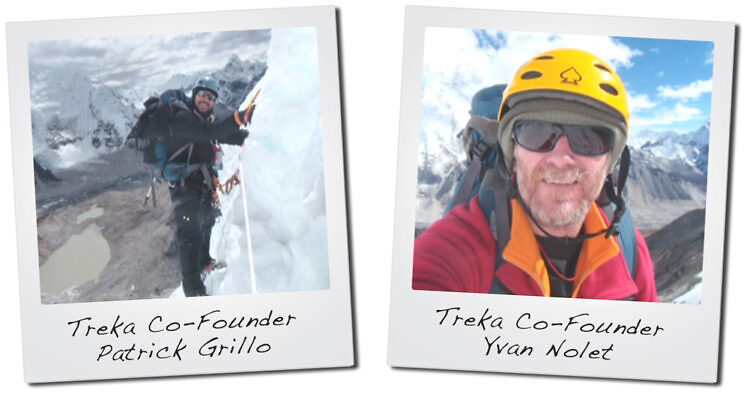 – Free with Your Jacket Purchase –

Brushed Fleece is amazingly effective at trapping heat, dries quickly and it is also machine washable.

This one size fits all brushed fleece toque is warm, breathable and repels moisture (it holds less than 1% of its weight in water). Made with 100 % polyester fabric.